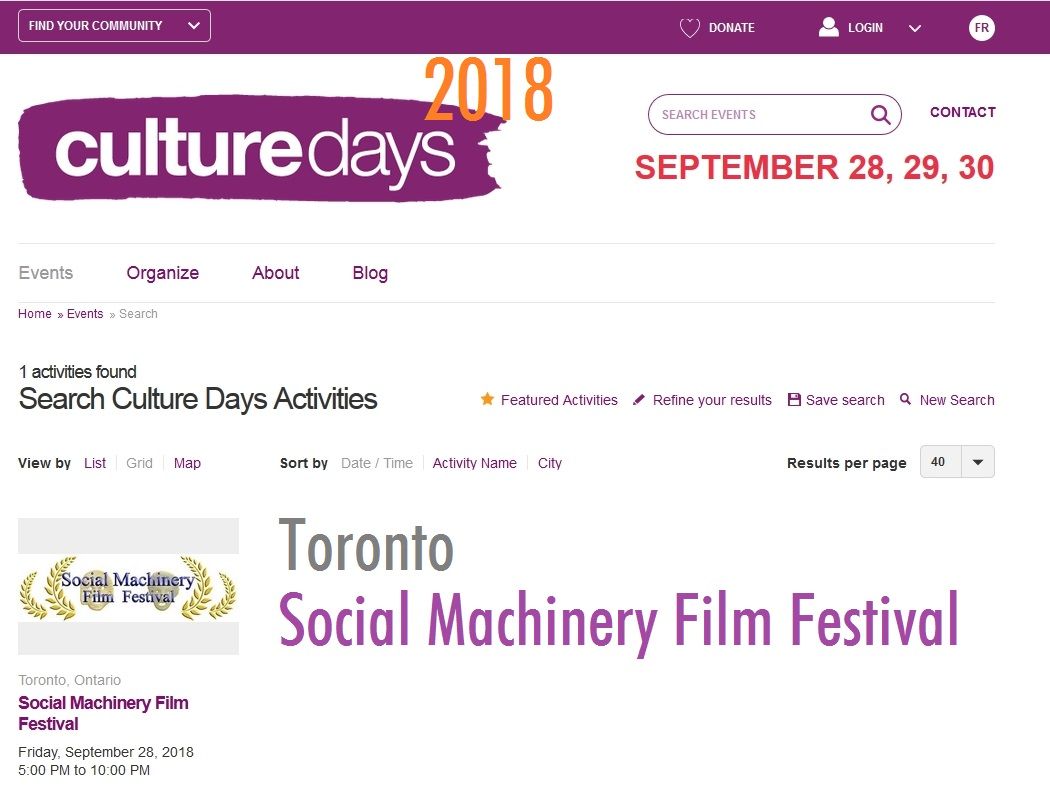 Also this year our team will be in Toronto for the Canada Culture Days.

Here is the link:

Regarding the activities during the "Canada Culture Days"
only the featured films will be promoted.

Our team will also randomly select some other titles, but there is no obligation on our side to select a certain title.

On 24 of september our team will be in Toronto - Canada for 3 weeks to promote the film festival with all the awarded films of the edition 2016 and the new selected films and featured films of this edition 2017.

If you want your film to be promoted, you should consider the package called:

With this package you will have the following advantages:
1) Promotion of the titles submitted to our film festival;
2) Promotion of all the titles of your film company
(even those titles that you did not submit to our film festival) ;
3) Film Festival Partnerships and Alliance Programmes;
4) Professional art director services in English language;
5) Digital Rights Management with Buyers or Distributors;
6) CDN Worldwide Broadcast Distribution (Smart TV Channel);
7) Educational College & University Marketplace Promotion;
8) Art Gallery Promotion;
9) Public Library and Film Insititues Promotion;
10) Media (Radio, TV, Magazine) Promotion;
11) Theatre & Cinema Channel Distribution Programmes
and many other activities.

Send us an email for further information:

Some trailers of the selected films of the summer edition 2017
will be screened and promoted in Canada - Toronto.

Also some awarded films of the edition 2016
will be screened and promoted in the "Canada Culture Days" programme in Canada - Toronto.